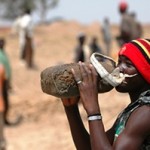 The people of Mali will go to the polls on 28 July in the first round of a presidential election that is an important step towards the restoration of democratic civilian rule.

Candidates have been touring the country. Of the 27 contenders, Ibrahim Boubacar Keïta and Soumaïla Cissé are tipped as favourites, but several others have a serious chance; and the race includes Mali’s first two female presidential aspirants, Oumar Sall Seck and Aïdara Aïssata Cissé. The contest will probably go to an August run-off between the two strongest performers.

Sixteen months after jihadist armed groups swept the demoralized national army out of the north, and barely six months since French and African troops reversed that humiliation, this election is a critical test.
http://allafrica.com/stories/201307251320.html

By Anne Look, 25 July 2013
Malians rank peace and stability as top priorities for the country’s next president. They go to the polls Sunday amid tensions in the far northern town of Kidal. It has been occupied by the Tuareg separatist group, the MNLA, since a French-led military intervention against jihadist groups in northern Mali began in January.

What to do about Kidal?

Mali’s 27 presidential candidates have tried to strike a delicate balance, pledging to get tough on the country’s vast security challenges while fostering reconciliation.

The lone female candidate in the race is a National Assembly deputy from the northern town of Bourem. She has been an outspoken critic of the MNLA rebellion.
http://allafrica.com/stories/201307251580.html 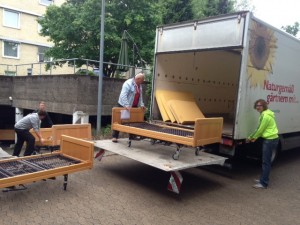 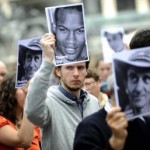 On a visit to Qatar this weekend Hollande said he had „every reason to believe that the hostages are alive“, and that Paris was „still seeking contacts“ to free them.

But, he added, the government is seeking reliable contacts  and is trying to avoid “intermediaries who put themselves forward and who we know have only come seeking benefits for themselves“.
http://www.english.rfi.fr/africa/20130623-al-qaeda-africa-hostages-alive-hollande-says