In many parts of Latin America, Asia and Africa, there aren’t enough doctors and nurses to care for everyone who is sick. So charities and governments have enlisted thousands of volunteers to serve as community health workers.

These volunteers provide much-needed care, and because they draw no salary, they offer a cost-effective solution in impoverished places. But who is looking after the interests of the volunteers?
I traveled to the West African nation of Senegal, which is rolling out a national health program that relies on volunteers.

I headed to Ngueringne Bambara, a village about an hour outside Dakar, the capital. I walked into a bustling medical clinic. The clinics are called „health huts“ in Senegal, but this one was brick and mortar. 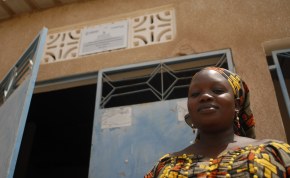 Inside, I met Awa Diagne, a volunteer who was tending to that day’s patients.
She took the pulse of a sick infant. She treated a man with a nasty gash in his leg. She saw a woman with wounds across her back that she had sustained in a car accident a few weeks earlier.