Fifteen children aged under five among the bodies recovered while 23 people are still missing.

At least 22 people, including 15 young children, have died after a boat on the Niger river broke up overnight near the central Malian city of Mopti, officials say.

A senior civil protection official, commander Naman Keita, confirmed the latest toll in Friday’s accident, adding that 15 children aged under five were among the recovered bodies.

Another 23 people were missing.

„We don’t know yet why the boat broke up,“ Commander Dramane Diallo, from the rescue services, told the AFP news agency.

„Investigations are under way. The boat broke at the stern“ in a branch of the river near the village of Koubi, about 70km north of the regional capital Mopti, and 210 passengers survived the accident, he said. 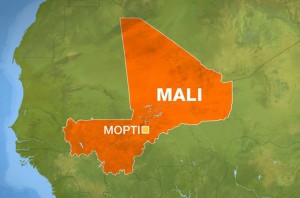 A hospital official in Konna said it was believed as many as 400 passengers may have been aboard the boat at the time of the accident.