The Malian military has entered the northern city of Kidal, returning for the first time since they were chased out 16 months ago by a Tuareg separatist group, and later by an army of al-Qaeda-linked fighters. 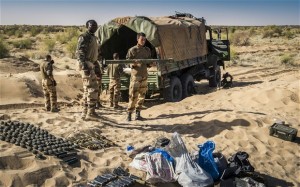 The return of the Malian forces was confirmed by Kidal’s deputy mayor. Kidal, like the rest of northern Mali, fell to a mixture of rebel groups in March of 2012. It remained in rebel hands during the past six months, even after French forces launched a military intervention to free northern Mali from the fighters, succeeding in liberating all of the other major towns.