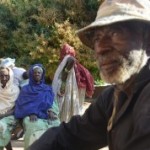 A new report by Amnesty International alleges that civilians are amongst dozens of people who have been tortured, killed and disappeared since the launch of the French military intervention five months ago.

Civilians are among dozens of people who have been tortured, killed and disappeared, including while in detention, since the launch of the French army’s intervention in the country five months ago, Amnesty International said in a new briefing published today.

The briefing Mali: Preliminary findings of a four-week mission. Serious human rights abuses, issued in the run-up to the deployment of a UN peacekeeping force in Mali next month, is the result of a research mission carried out in May and June in the country.

„The Malian security forces‘ human rights record since January is, simply, appalling. They continue to violate human rights with apparently no fear of being held accountable,“ said Gaëtan Mootoo, Amnesty International researcher and member of this research mission.

During the visit, Amnesty International documented dozens of cases of detainees being tortured or ill-treated after being arrested for having alleged links with armed groups. The organization also documented more than 20 cases of extrajudicial-executions or enforced disappearances.
http://allafrica.com/stories/201306070464.html